Video for The Drowning Pool

Video for ‘Darkness Turns To Light’

This a trailer for the movie Yesterday’s Tomorrow. The soundscape (up until the rap) is by Jimmy Peggie. 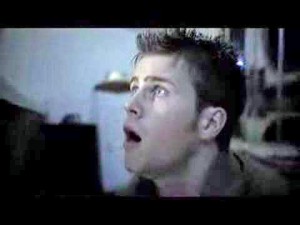 Yesterday’s Tomorrow is the story of three promising young and diverse adults, each with their own destiny who through extraordinary circumstances are left to die, as their lives collide and harmoniously come together in the summer of 2005 in Phoenix, Arizona. The first story “Over a Pair of Pants” follows the life of Liam. He is a young handsome charismatic white man in his mid twenties, with short blond hair and a great attitude. He comes from a loving family and in life he has everything going for him. He has never even been in a fight before until he finds himself immersed in a terrible conflict, a situation that can happen to anyone, a situation triggered when his pants are stolen from a laundry mat and the result of this mishap ultimately costs Liam his life. The second story “Too Beautiful” follows the life of Roxanne. She is simply drop dead gorgeous. She comes from Latin heritage, she is a nurse and she is also in her mid twenties. She lost her parents in a horrible car accident in which she blames herself, because of this she has turned to drugs and alcohol and because of jealous girls and intimidated guys she has no friends. She cleans up and meets the man of her dreams, but we the audience know he is an evil man, a murderer and when he turns on her, her life is reduced and taken through his evil wrath, until she meets Liam, the one, her love, their destiny. The third story “The Good Cop” follows the life of Mack. Mack is a great young black man. A thirty year old undercover cop, a good cop who seeks out the best in people and when not on the job and spending time with his fiance, he trains, running every morning through the beautiful and serene valley of the sun preparing for the Boston Marathon in which to raise money for abused children. Mack is the one man who believes in Liam’s innocence and as he tries to unravel the racial murder in which Liam is the only suspect, he finds himself in a desperate situation which ultimately saves Roxanne’s life, but in doing so may cost him his own.